Jeannie P Mucklestone was the first of the second-generation of attorneys to graduate from law school and begin with the family firm of John Presley and Patricia Jean Mucklestone. She has served as a Pro Tem Judge in King County District Court and is an experienced Trial Attorney. She limits her practice to only traffic matters, speeding tickets, infractions and criminal misdemeanors and spends a substantial amount of her time in the Courtroom, conducting trials and hearings. She has regularly had successful results of Criminal Jury trials, civil trials, and administrative hearings at the Department of Licensing and Contested infraction trials. Jeannie, along with John Patrick her brother who practices in Woodinville, and younger brother James who practices in Arlington, WA. are proud to carry on the Mucklestone tradition of excellence. Jeannie worked as a judicial clerk for Federal District Court Judge Carolyn Dimmick while a student at the University of Puget Sound School of Law, now Seattle University. Jeannie is a member in good standing with the Washington State Bar Association. She has also served on the public relations committee of the Washington State Bar Association and volunteers regularly for the King County Bar Association. In June of 2000 the King County Bar association rated her as qualified for consideration as an appointee for Seattle Municipal Court Judge. In the May, 2003 issue of Vogue Magazine, Jeannie was named as one of Washington's top women lawyers. Jeannie was featured as a guest speaker on NPR regarding defending driving offenses.

Since entering private practice after graduating from law school in 1987, Jeannie has developed a widely respected reputation for successfully defending clients' rights, both civil and criminal, in particular, in the area of traffic law, such as DUI, Reckless Driving, Negligent Driving, Speeding (Radar, Laser, Pace, Aircraft, Visual Estimates), and other infraction matters. Jeannie has a special emphasis for DUI's, reckless driving, driving while license suspended and speeding tickets involving both motorcycles and automobiles. Jeannie maintains monthly and quarterly advertisements in the Washington State Bar News, Seattle Magazine, and appreciates all her loyal clients on the "Wet leather" alias. She continues to help the greater Seattle and Eastside community as well as clients statewide and nationwide to keep Insurance rates down, and driving records clean. Jeannie may be reached, 24 hours a day, seven days a week at 206-623-3343, her direct line.

Superior legal representation and advice on short notice is not a problem with Jeannie. For individuals who have waited until the "last minute" to obtain representation for their Speeding, Infraction, or Criminal matters, simply call and request how to immediately have a file activated. Jeannie n is extremely proud of the Tradition of Excellence and Integrity established by her Father, John and Mother, Patricia. Jeannie is also proud to carry on those traditions providing superior and accessible legal services at reasonable prices.


"Bearing witness to your work ethic is a pleasure not commonly found these days." -- Client 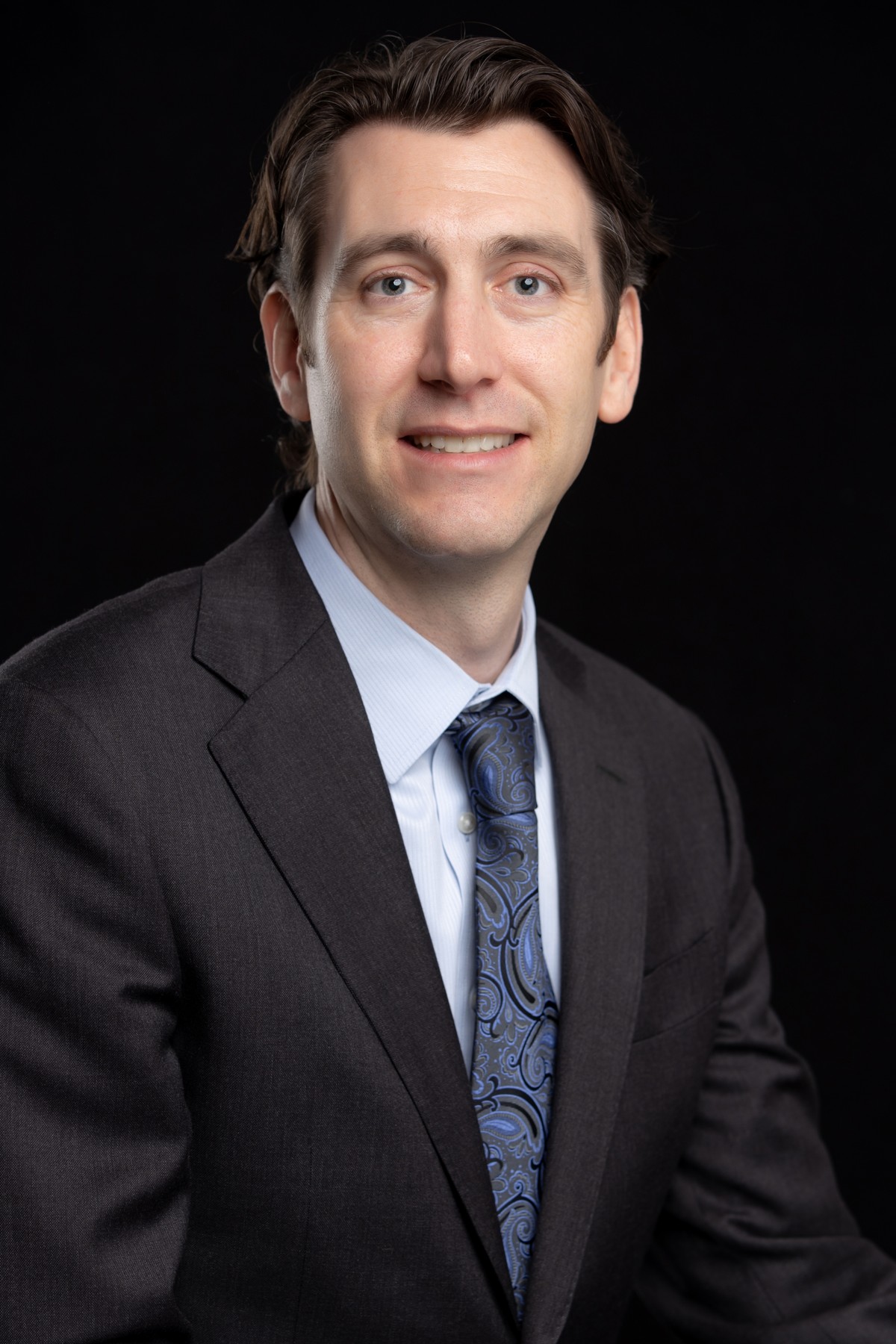 David Buck has been with Jeannie for ten years and is a senior associate with the firm. His practice focuses on defending those charged with criminal and civil traffic offenses. David leads the firm's department of licensing department and has a solid record of winning difficult cases. He has extensive courtroom experience and has successfully handled thousands of cases, including charges of Driving Under the Influence, traffic infractions, and appellate matters. Due to his effective representation has been invited to educate his peers about Department of Licensing practices and procedures.

David joined the firm shortly after graduating from Seattle University Law School in 2003. Dave previously worked at a criminal defense firm in Seattle handling DUI cases and all criminal charges. He is committed and passionate about successfully defending each clients’ rights, and understands the stresses placed upon those who are dealing with the intricacies of the criminal justice system. This dedication stems not only from his personal beliefs and work ethic, but also in carrying on the Mucklestone legacy of excellence.

David is a Wisconsin native, but has called Seattle home since 2000. When not practicing law, David enjoys spending his time hiking, running, playing basketball, reading, and exploring the Pacific Northwest. 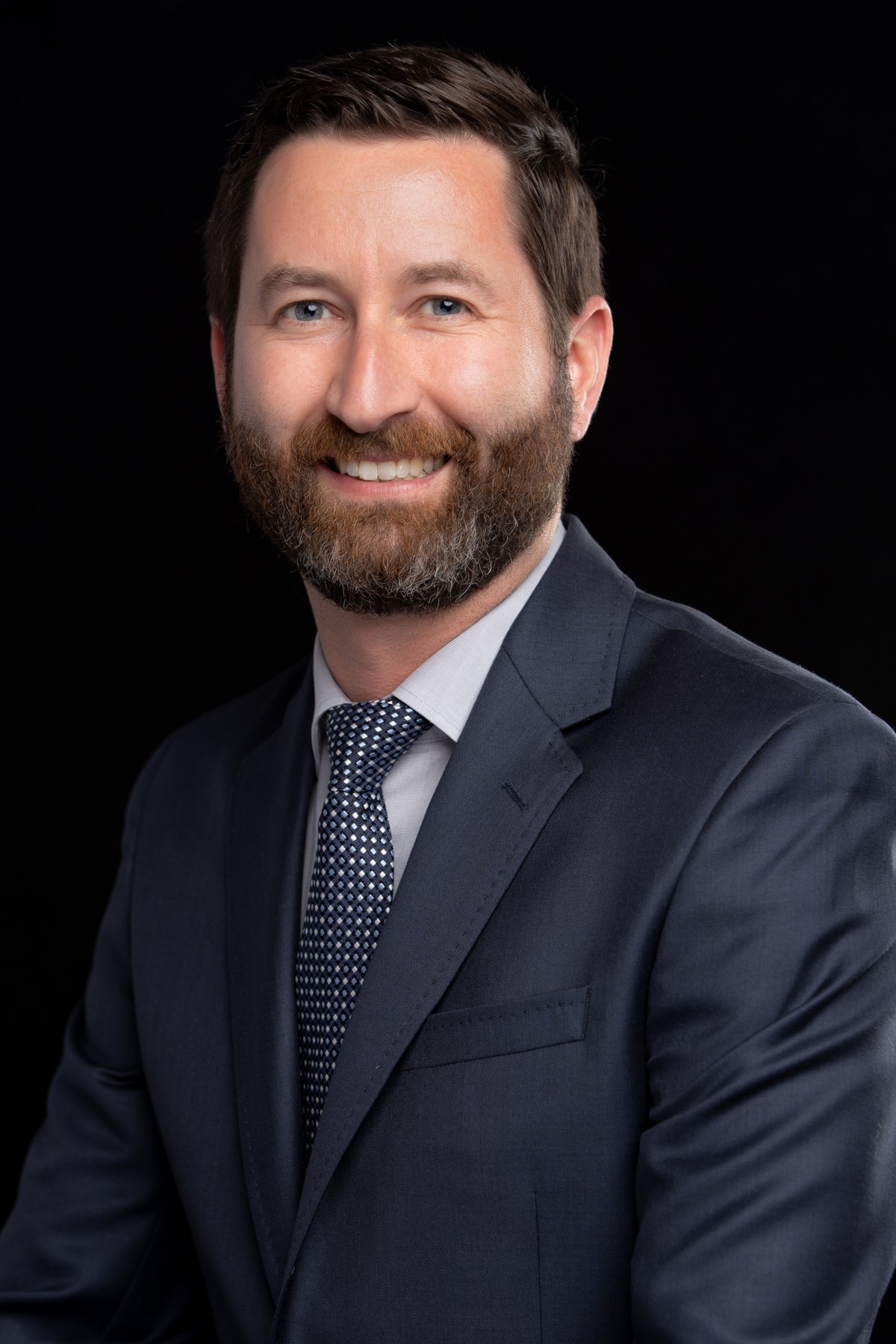 Andy began his legal career in 2005 as a public defender. In this role, he successfully defended hundreds of individuals on criminal charges ranging from simple misdemeanors to serious felonies. Andy secured acquittals after jury trial on numerous misdemeanor and felony matters.

In 2009, Andy joined Jeannie Mucklestone’s law firm, where he has continued his successful criminal motions and trial practice. He has litigated over 30 cases to verdict after trial. Andy works tirelessly to ensure that his clients receive a comprehensive and exhaustive legal defense. Andy carefully explains the process and options available to individual clients charged with crimes, and tailors his legal strategy to best suit the particular goals of the client.

Andy earned his law degree from Seattle University School of Law, and his journalism degree from the University of Iowa. He grew up just outside of Milwaukee, Wisconsin, and is happy to call Seattle home. 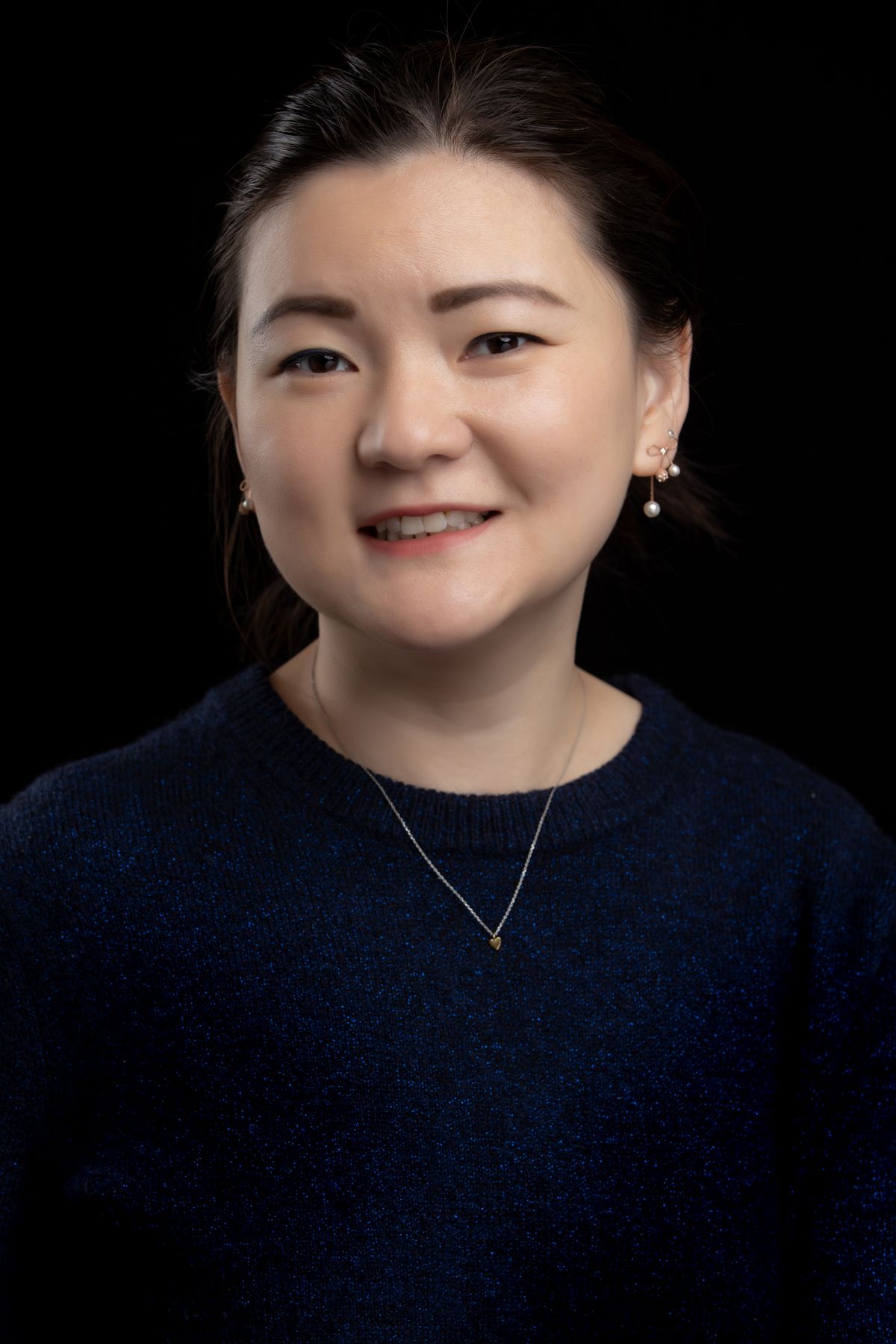 Ji Xue graduated from the University of Washington in 2004. She received her undergraduate degree in Business Administration with a GPA of 3.6. During her studies there, she was on the Dean’s List and was also awarded a certificate of High Scholarship in 2000 and 2001.

Ji graduated from Seattle University School of Law and received her JD in 2010. During her studies there she was awarded the ARC scholarship for $10,000.00 for her studies in criminal law.

Ji has worked for our firm since 2002 and has transitioned from legal assistant to associate attorney. Ji excels in every aspect of her endeavors and has personally gotten hundreds of cases dismissed.

Ji immigrated to the United States from China when she was 10 years old and is fluent in Chinese (Mandarin).

Heath Eilers began his law career as a prosecutor for the City of Federal Way and transitioned into criminal and traffic infraction defense shortly thereafter. Since 2007, Mr. Eilers has devoted much of his practice to defending misdemeanor and gross misdemeanor criminal charges as well as a wide variety of civil traffic infractions. Mr. Eilers graduated with a B. A. from Evergreen State College and a J. D. from the Seattle University School of Law. He has successfully defended clients in courts throughout Washington State. 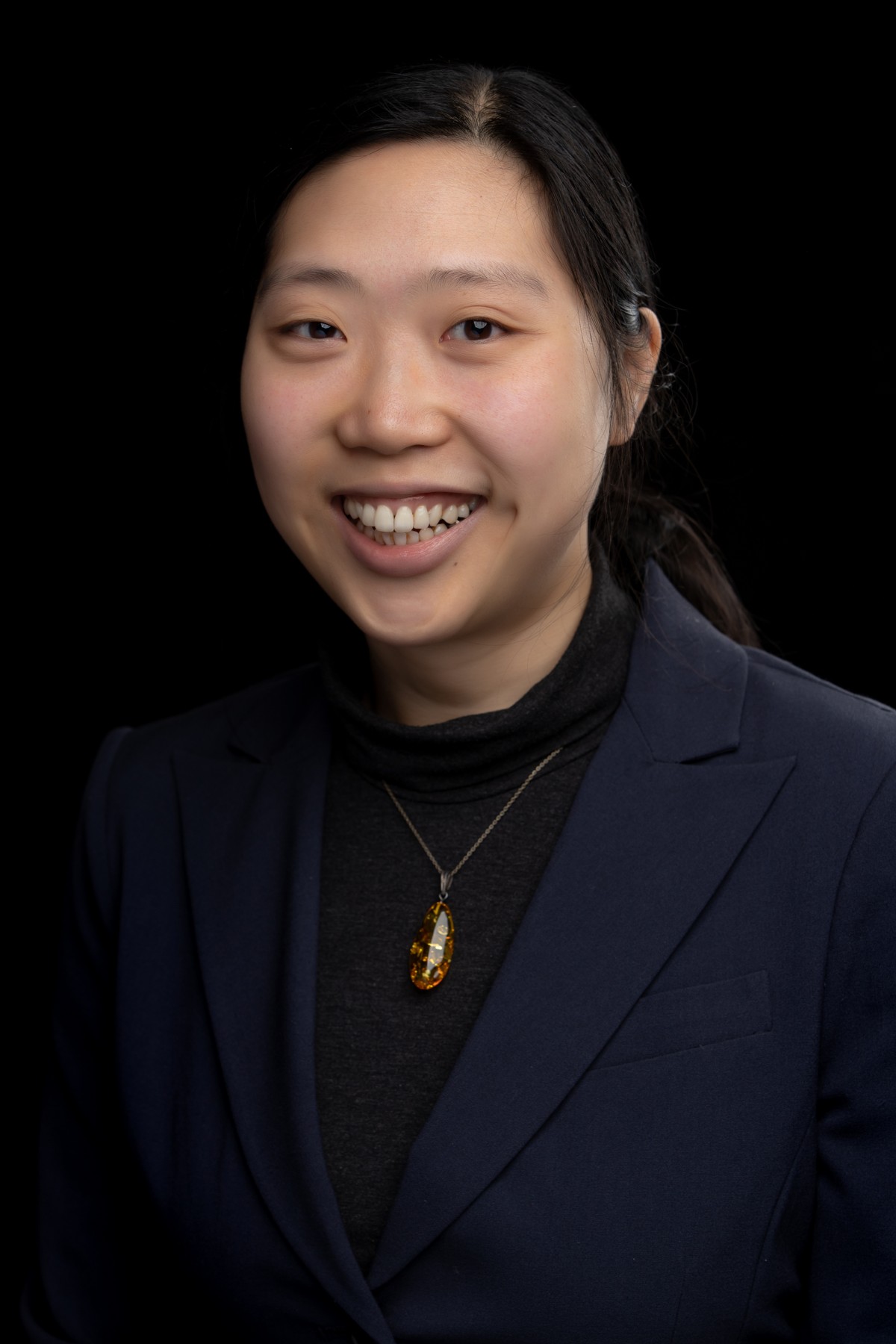 Janet Whang has been a legal assistant at Jeannie’s office since 2015. Often found juggling various administrative duties within the office, Janet is also the person most likely to answer when clients call in the late afternoon and is always happy to help answer questions. A Washington native, Janet graduated from the University of Washington in 2007 with a Bachelor’s Degree of Science in Psychology and was a business intelligence drone in a past life. She enjoys baking, rock climbing, and trying to convince her pet lizard to go on walks with her in her free time.